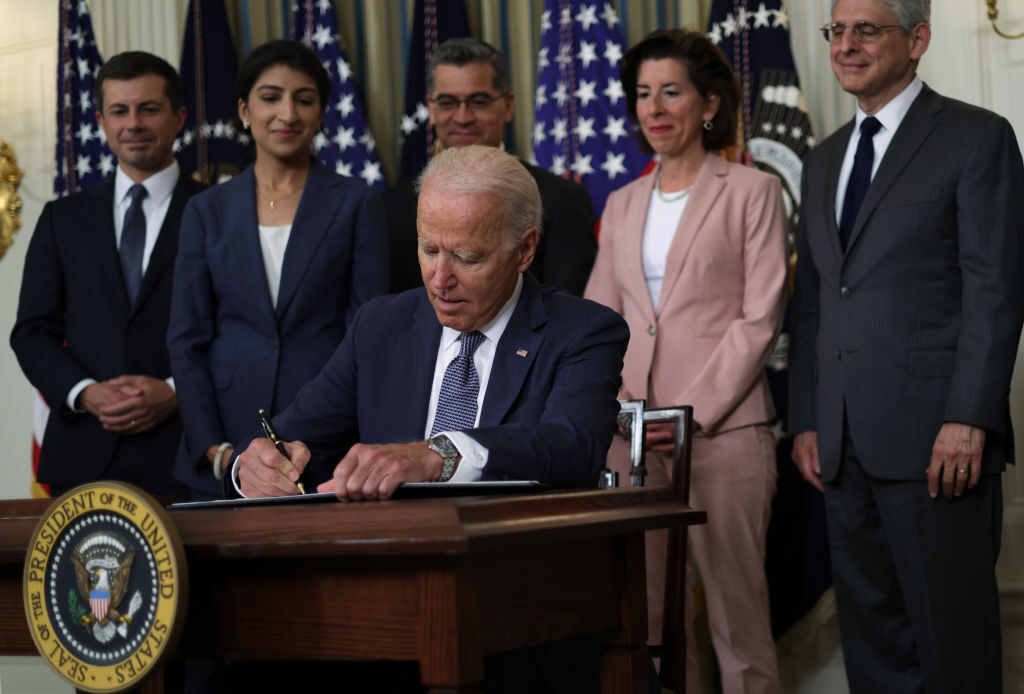 As shippers ponder whether or not today’s freight rates will remain this way into next year and panic over Drewry’s analysis showing container port capacity may remain this constrained until 2025, shippers are making tough choices when it comes to their supply chain and what cargo to ship and what to leave behind – or cancel altogether. This, coupled with the checks they are writing for demurrage and detention penalties to marine terminal operators, carriers, and railroads have had consequences ranging from jeopardizing end-to-end domestic supply chains to denying service to exporters.

With July drawing to a close and the traditional peak season on the transpacific slated to begin in earnest, cargo owners who have felt taken advantage of for the past year or so are taking note of the federal government’s stepped-up interest and actions in ocean shipping and railroad practices. While they’ve not noticeably intervened yet, a few of the more notable actions they’ve taken, plus potential Congressional action, should be on the minds of our customers hoping that maybe this time the phrase, “I’m from the government, I’m here to help,” will mean something for their supply chains.

The Federal Maritime Commission has jurisdiction over ocean shipping. They regulate companies like ours who require a license to offer ocean transportation services as well as the carriers who operate the vessels. Last year, the FMC opened a Fact-Finding into the demurrage and detention practices of ports when containers were trapped on terminals unable to be recovered but cargo owners were nonetheless being charged.

The situation escalated when American exporters were unable to secure equipment because carriers were sending empties back to Asia to load with more profitable cargo rather than repositioning boxes.

These activities became the subject of a subcommittee hearing in the House of Representatives.

Earlier this month, the President signed an Executive Order focused on competitiveness and targeted industries that were exhibiting monopolistic and antitrust behavior. Called out specifically were ocean lines and Class 1 railroads, both of whom the Executive Order directed regulatory agencies to investigate. For carriers, the FMC, for railroads, the Surface Transportation Board.

That was on a Friday. The following Monday, the FMC announced the signing of their first-ever interagency MOU with the Justice Department to announce shared resources and initiatives to investigate antitrust behavior by shipping carriers. Then, they unveiled their plan to audit the demurrage and detention practices of the nine largest carriers by market share.

The Surface Transportation Board then announced their intention to force railroads to open their books to investigate their charging practices, especially given the fact that in some cities the time to recover a container was measured in weeks, not days, and they were collecting thousands of dollars in fees per box.

As if both sets of companies didn’t have enough to worry about with this sudden interest in their practices and record profitability, Congress is drafting legislation that would rewrite the US shipping laws and curb the ability to assess these record-level punitive charges.

Is the cloud over the horizon the thundering hooves of the cavalry, or just another dust storm of bluster and little else? At this point, it’s hard to tell. But for those who’ve been in the logistics business for a few decades, the early 00’s saw the Justice Department indict, prosecute, and send to prison air cargo executives from global airlines for price-fixing of surcharges. They’ve gone after other industries before, and given the precipitous decline in the number of carrier and rail choices because of mergers and consolidation, a handful of companies are all comporting themselves in identical fashion – a behavior that could cost them sometime in the future.